A downloadable game for Windows

The Hero and the Evil Witch

An evil witch has stolen the Crystal of Power. It’s up to one brave hero to save the world... by hiring four mercenaries to do the job for him. Play as the members of Mercenary Inc as you explore randomly generated dungeons, battle fierce monsters, befriend a vibrant cast of characters, and collect loot in this 2.5D dungeon crawler/turn-based RPG.

This game is a remake of a flash game that was published on Newgrounds in 2011. This 2020 version builds it from the ground up with all new gameplay and features:

In order to download this game you must purchase it at or above the minimum price of $4.99 USD. You will get access to the following files:

I want to pick this up one day to be supportive of you and your crew's work. Where should I purchase it that would give you the most financial support?

Hey thanks! I think anywhere is fine and it's totally up to you where you want to get it. There is also an android version as well if you prefer that.

I'm fine financially so far for now. I am just making games on my free time. I think the best way to support is to probably play the game, give feedback, and check out future games.

I do know that some sites are not as positive to developers as others. I just want to make sure you're getting your proper dues. And I loved the games when they came out as web-based all those years ago. I'm really psyched about the next game.

Thanks! That's really cool to hear.

I just finished the main portion of the game and I want to share my thoughts on this game of yours.

It's a good game and I enjoyed it.

I always wanted to play a traditional JRPG like Final Fantasy series and this game caught my interest. I've played amazing titles before this so while I know what to expect of this game, I was pleasantly surprised how enjoyable Crystal Story turned out. I think it helps to set expectations low and I'm not disappointed... for the most part.

The game feels pretty basic which is fine to me. This game is functional other than a few things that needed polishing, but that's mainly UI I'm referring to. One thing I really like is how you can customize your own party whenever you level up as well as equipable items to further refine your team the way you want.

Then comes the game's presentation which before I continue, I am aware this is based off the original 2011's version (which I haven't played). I'll assume it's a big upgrade from the Flash version and it's pretty okay at best. The 2D sprite animations are cutesy and simple, but one thing I personally would've love to see is more animation from NPCs and enemies (only the player's character when moving around dungeons has a walking animation). I'm not complaining over that which I'll explain later. As for music, voice and sounds, they're alright. Voice acting is pretty sparse save for the intro and later parts of the game, but I don't mind much as I like it this way.

The RPG aspect is as traditional as it gets. Anyone played great RPGs should know what to expect by now. During my playthrough I did find itself to be pretty easy for the most part if you know what you're doing. In fact, it's so easy that I haven't lost the game over the span of 9 hours for the main game itself. Again if you grind and did some sidequests then it's pretty straight forward. The action is also pretty quick thanks to the lack of animations and other things that would otherwise extended it. A good compromise I say.

So to end this review, I felt the game is worth my time and I enjoyed Crystal Story for what it is. While the game felt simple to plow through and the presentation is what you'd expect, this is a good game for anyone wanting to experience an JRPG without so much fat.

For anyone who played the original before this, I think you can get a good guess that this is a good remake. :)

Thanks a lot for the review! I really appreciate the feedback. I'm glad you liked it.

You're welcome! Awesome work on the game! ^^d 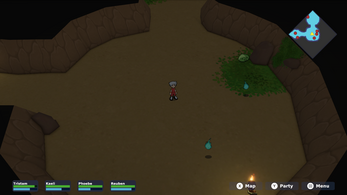 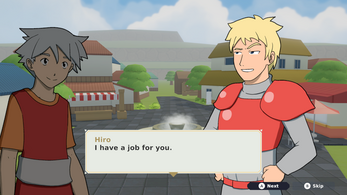 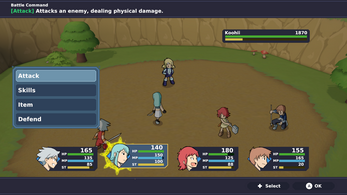 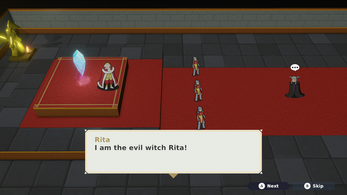 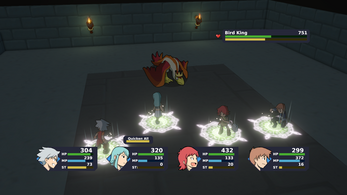 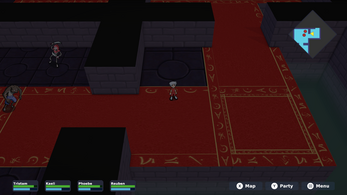 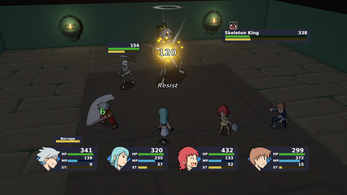